We all know about ginger - the plant that seems to have a cure for everything, a panacea for a myriad of ills, but do we really know of the powers of this seemingly miracle herb? Are we truly aware of what this little root can do for the modern person?

The earliest example of ginger use leads us to India, where it was utilized by the Yogi as a seasoning to promote mental clarity. Also, the Yogi contrasted it to garlic, where the ginger had a sweet essence which was inoffensive to the gods. Soon, ginger usage spread to China, where it was used in treating nausea, vomiting, and motion sickness. Also, it was adopted in reducing the toxicity of other herbs, absorbing and neutralizing the toxins in the stomach. Further, Asian countries used the ginger as a diaphoretic, purging the body of toxins via its invigoration of the sweat glands. Made into a tea, ginger was used as a carminative, an agent which expels gas from intestines. In the sixth century, usage of ginger spread to Japan, where Today, it remains the favored base for soups and sauces, and prescribed topically for aches and pains. In the Western World, ginger received its debut from the Muslims, who after occupying Spain, made it popular. The Spaniards in turn introduced it to the West Indies and Jamaica. ↑

The Benefits and Application

Known in scientific circles as zingiber, ginger has been used for medicinal purposes since ancient times. Rich in vitamins A and C, minerals such as phosphorus and potassium, amino acids as well as ginger oil and other ingredients. Ginger is known to alleviate stomach-related ailments such as nausea, colic, indigestion, ache, and diarrhea, as well as cough and rheumatism. Ginger is also known to improve blood circulation and reduce cholesterol levels. No wonder ginger is known as a "wonder-spice" or a "medical marvel". ↑ 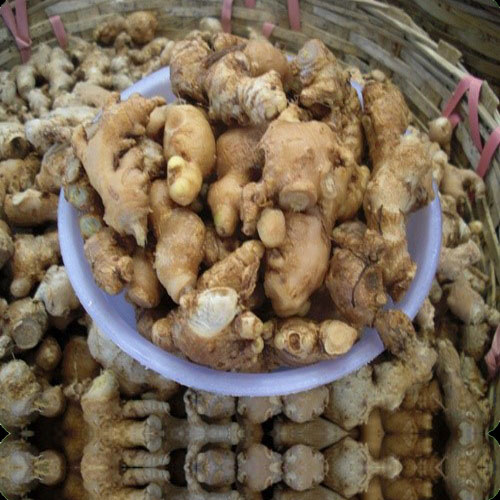 
It also is beneficial when eating sushi due to its parasite fighting power -(including Anisakis - the most common parasite in Japan, and Schistosoma, the second major parasitic disease in the world.)

Caution: If suffering from gallstones, or if pregnant or nursing, consult a health care professional before taking large amounts of ginger. The German Commission E monograph opposes use for morning sickness during pregnancy. Daily consumption of ginger root may interfere with the absorption of dietary iron and fat-soluble vitamins, as well as tetracycline derivatives, oral anticholinergics, phenothiazines, digoxin, isoniazid, pheytoin, warfarin, lincomycin, dititalis, nalidixic acid, sulfonamides, and phenothiozines or other psychoactive agents which are poorly absorbed in the gastrointestinal tract. Ginger may mask the ototoxicity caused by aminoglycoside antibiotics such as neomycin. It may inhibit urinary excretion of alkaline drugs, such as amphetamines or quinidine. ↑

In early 1930s, young Mr. Yeung migrated to Pasuruan, Indonesia, from the impoverished Nan An, Fujian Province in China, to be a street hawker selling drinks. In June 15, 1935, Mr. Yeung founded a small factory "SinA", which in Chinese means "New Asia", to begin making ginger chews. Sindu Amritha, the Indonesian name of the factory is derived from Sanskrit, meaning the River of Life. The names encompass the founder's belief in the healthy nature of ginger candies and his hope in his motherland.

For over more than 80 years now, the ginger chews are still made with the same traditional recipes using fresh and natural ingredients, bringing you the benefits of ginger in a delicious spicy and sweet flavor. ↑ 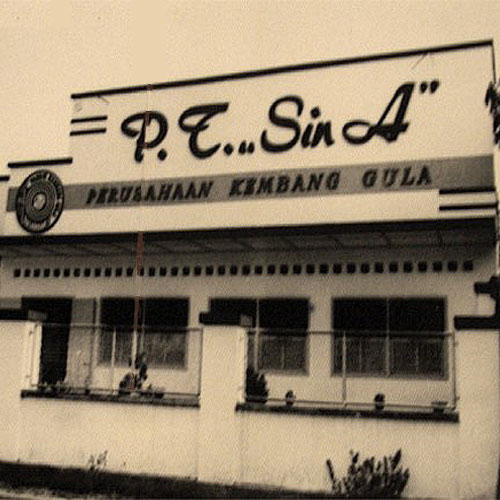 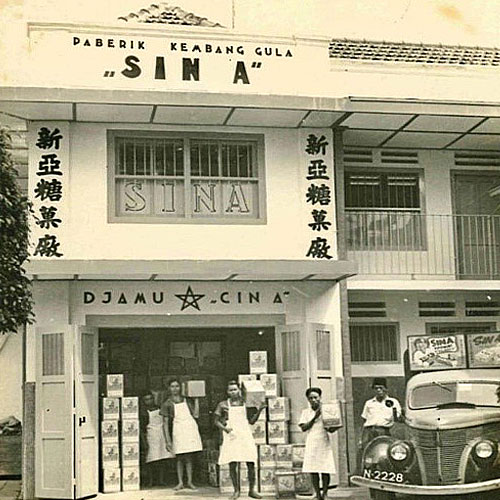 Our Ginger is taken from a carefully selected variety of healthy, tasty, spicy ginger. Sown, grown and harvested in the rich, untouched soil of the high-altitude mountains near the famous Mt. Bromo of Java, Indonesia, under watchful eyes. Cleaned, select and grind the wholesome ginger meticulously, and combined with natural cane sugar and other age-old secret formulations. Then there is an added dash of fruity flavor to the already divine taste. Due to the high level of ginger juice in the Chew - 8.14%, the product can withstand a shelf-life of 18 months without any preservative. However; the product is susceptible to heat, and therefore is best stored or shelved below 80°F.

Simply drop a few pieces of the Ginger Chew in a cup and add hot water, stir, and a cup of hearty Ginger tea is on the way. ↑